In India, the digital financing industry will be worth $1.3 trillion by 2030. According to a recent study, the size of the digital lending market is expected to increase from $270 Billion in 2022 at a compound annual growth rate (CAGR) of 22% between 2022 and 2030.

A data analysis predicts that by 2030, digital financing will account for 60% of the Indian fintech industry. The growth of formal finance, rising per capita income, and increased Internet use, among other things, will all contribute to the expansion of digital lending.

In the next ten years, fintech will witness rapid growth. It will likely surpass important sectors like information technology, Edtech, and consumer services regarding the number of soonicorns (a recently established company with the potential to grow to be a “unicorn” and is valued at over $1 billion). 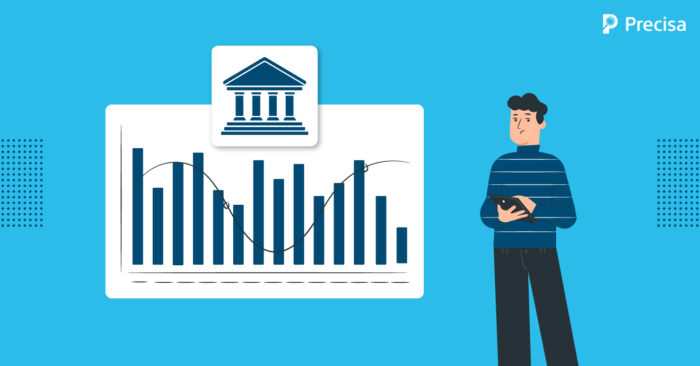 The fintech sector received $6.49 billion in financing across 447 deals between 2014 and the second quarter of 2022. The digital lending industry saw the biggest capital inflow in Q2 2022, with $902 million in funds acquired across 28 agreements (April–June). It was responsible for 50.6% of the funding received by the fintech industry and 33% of the funding agreements during the quarter.

Fintech firms raised $8 Billion in 280 deals in 2021, but the funding trend has slowed since then. Fintech funding decreased by 44% in the first quarter of 2022 and remained unchanged in the second quarter. Despite a decline in the industry’s average ticket size, the number of funding deals remained nearly unchanged between Q4 2021 and the first two quarters of 2022. Along with a general decline in investor confidence, a rapid transition in the regulatory environment within India’s fintech industry also contributed to the decrease in funding.

The Reserve Bank of India (RBI) released the first set of eagerly expected regulations for digital lending on August 10, 2022. The central bank has taken a position on important problems and clarified things like getting borrowers’ approval before raising credit limits and disbursing loans directly to their bank accounts, among other things.

The RBI released digital lending guidelines based on their working group’s recommendations to allay concerns about the lending environment. According to Jupiter founder and CEO Jitendra Gupta, the guidelines would create opportunities for fintech companies to operate in the digital lending ecosystem, representing a $350 billion market opportunity by the end of 2023.

To further boost the Unified Payments Interface (UPI), the National Payments Corporation of India (NPCI) is working to link credit cards with the real-time payment system. RuPay Credit Cards were initially integrated with UPI during the testing phase. A 2% merchant discount rate is anticipated to be included, creating opportunities for much-needed UPI monetization.

According to a notification issued by the RBI in June for non-bank fintech participants, prepaid payment instruments (PPIs) cannot be loaded with credit lines. Even though the PPI instrument must be backed by funds that a customer owns, it was found that certain fintech firms were employing it as a PPI backed by a third-party credit line.

Many fintech companies, including OneCard, Slice, Uni, Jupiter Edge, and Mobikwik, were forced to halt or restructure their lending operations due to the central bank’s clarification on loading PPIs using credit lines.

The RBI has traditionally been in charge of guarding consumers’ interests in the financial services industry. According to the working group’s findings, up to 600 of the 1,100 loan apps made available to Indian Android users across 80 app shops were unlawful. These online lending platforms were found to charge excessive interest rates, use unethical and obnoxious collection practices, and conduct their business opaquely.

The publication of digital lending guidelines is considered another step toward establishing a robust regulatory framework for fintechs regarding their function of co-branding with credit cards. The RBI guideline relating to fintechs’ co-branding function forbids third-party lending service providers (LSPs) participation through PPI or escrow pool accounts.

The guidelines will also boost customer trust in digital credit channels. The RBI’s approval of the working group’s recommendations is seen positively by everyone in fintech, financial services, and lending ecosystems. It provides the incumbents and stakeholders with the essential clarity and direction for planning and forward movement.

Due to India’s low formal banking penetration, digital lending is the largest opportunity in the fintech ecosystem. According to the RBI, the prevalence of credit cards in the nation is only 5.5%. But the nation’s need for credit is higher now than ever. Moreover, the decision to link UPI and credit cards will raise the appeal of owning a credit card, thereby increasing its use in the country.

Although maximizing the potential of digital lending would require navigating the constantly shifting legal framework, there is enough demand to reach scale swiftly. As fintech transforms businesses, digital financing will only increase over the coming years. Digital lending entrepreneurs are looking at opportunities to grow their businesses and expand their customer base in terms of funding and the products they offer.