The pandemic has altered the cost of living for the average Indian. The Center for Monitoring Indian Economy revealed that 55% of households in India experienced a decrease in their incomes while only 3% of the households had an increase of the same.

Marko Carevic, Chief Marketing Officer of Home Credit India, said that nearly 67% of Indians are open to taking up loans and are shifting their behaviours from a loan-averse approach.

According to a study, the top reason for most people to take up loans is to fulfil family needs and wishes, while the second reason was to upgrade their lifestyle with the purchase of automobiles, household appliances, home or gold.

The Credit Information Company said that the loan market has potential avenues among the 40 crore people between 18-34 in the rural and semi-urban areas.

But, these segments have only seen an 8% loan penetration. Some others who fall under these segments are young entrepreneurs, farmers seeking funds for agriculture, MSMEs, etc., all of whom are vital for developing the Indian Economy.

All the data points out a barren lending scenario in a potential market. However, in recent years, the Reserve Bank of India is launching several initiatives to boost the nation’s lending sector. Co-Lending is one such effort. Let’s see how this effort can bridge the credit gap in India. Or if it could?

What is RBI’s Co-Lending Model?

RBI announced the Co-Lending Model (CLM) in November 2020 as an initiative to meet India’s unmet segments and offer loans to India’s priority sector. The CLM is said to be the christening of the RBIs Loan Scheme that was announced in September 2018.

How CLM Connects banks and NBFCs and HFCs

The objective of the CLM was to create an easy credit flow to the unserved and the underserved sectors of the Indian economy.

The scheme makes the borrowers attain funds at an affordable cost. The Co-Lending Model uses NBFCs and HFCs since they have a greater reach to the masses, whereas the banks offer the funds to the ultimate borrower at a lower cost.

This is how the CLM works:

In simple words, the banks lend to the NBFCs or the HFCs and lend to the ultimate borrower or the priority sectors.

SBI, the largest lender in India with around 22,230 branches, signed with Adani Capital, a small NFBC with just 60 branches for co-lending to farmers. They dispersed around Rs. 1000 cr to help them buy tractors and farming equipment.

What are the Risks of Co-Lending? 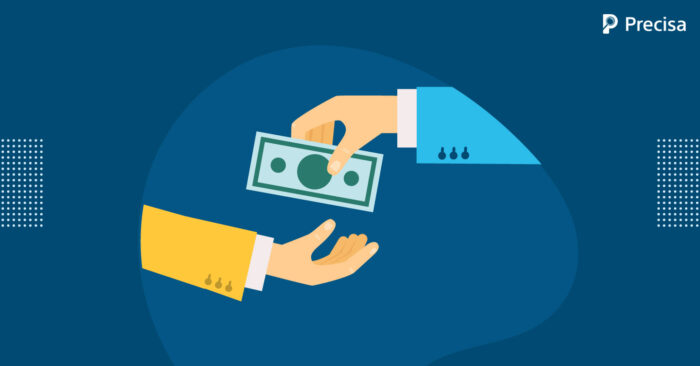 As mentioned earlier, with the CLM, the banks have 80% of the risk of lending on their backs, while NFBCs only hold 20% of the share.

However, all the roles and responsibilities—including the features of the agreement—are laid out before the borrower. Moreover, since the lending takes place in accord with these points, the process becomes much more straightforward.

According to these roles and responsibilities, the NFBCs decide the borrower, and the banks fund most of the loan.

Before deciding on a borrower, there is a lot of verification that has to be made. Therefore, making informed decisions and keeping the numbers and projections accurate is vital. This is why AI-powered platforms like Precisa can automate the decision-making process with real-time API.

Precisa can make your banking operations and lending decisions smoother, quicker, and more accurate. For more information, contact us at contactus@precisa.in