How Co-lending Is Changing the Overall Credit Game in India

India’s retail credit market has always represented a vastly underserved and exciting opportunity in financial services. Entrepreneurship, risk capital, and supportive infrastructure have contributed to the current uptick in innovation in this field.

Technology has been instrumental in closing some credit gaps by reducing distribution costs, enhancing risk management, and enabling more customer-friendly products. However, liquidity has remained a constant barrier in this endeavour, partly because of the structure of Indian debt capital markets and exacerbated by repeated financial sector shocks over the past two years.

Co-lending or co-origination to retail borrowers first appeared in India’s financial services industry around 2014. The idea of co-lending specifically was inspired by three key areas of learning: the sub-optimal outcomes of extremes of capital markets regulation in India and the West; Indian experience with banking sector reform and liberalisation over the previous ten years; and the explosion of financial technology, or “fin-tech” models in the Indian credit markets starting in 2012.

While debates raged worldwide on competition between Fintech and banks or how alternative lenders must be regulated, India’s financial sector sidestepped these by preferring a partnership model between banks and non-bank lenders.

The Reserve Bank of India (RBI) developed the co-origination framework in 2018, permitting banks and NBFCs to co-originate loans. In 2020, these regulations underwent some adjustments that included the inclusion of Housing Finance Companies and were renamed co-lending models (CML).

The main objective of the rule was to increase credit flow to the underserved and unserved sectors of the economy at an affordable cost. This occurs due to banks’ cheaper funding costs and NBFCs’ increased reach outside tier-2 centres.

When two lender companies work together to distribute loans, this is known as co-lending. The association permits businesses to find clients, evaluate credit, and disburse a small portion of the loan amount. In addition, the arrangement permits a bank to extend more loans.

The process includes banks leveraging their strong balance sheets to hold the majority of the total loan amount, while NBFCs and HFCs facilitate loan origination and efficient repayment. Basically, banks can extend credit to licenced NBFCs and HFCs. These institutions distribute it to people and businesses in high-priority industries. This is because, in many regions of the nation, NBFCs and HFCs have a wider reach than banks.

Why is Co-Lending Needed?

The co-lending model empowers a number of lending ecosystem stakeholders. For example, commercial banks have access to money for credit disbursal, while NBFCs and HFCs can benefit from their significant local market presence.

NBFCs bring niche expertise in product, customer knowledge, distribution, and underwriting; however, they are often growth constrained because of limited access to low-cost capital. On the other hand, banks may be limited by a lack of expertise in particular frontier segments or high operating cost structures even while they have liquidity.

In co-lending, the NBFC finds loans jointly reviewed by both parties and distributed in a 20:80 ratio, with the bank keeping the greater portion. The NBFC is in charge of managing the customer’s entire lifecycle, and risk is shared.

Problems that Co-Lending Solves for the Indian Economy 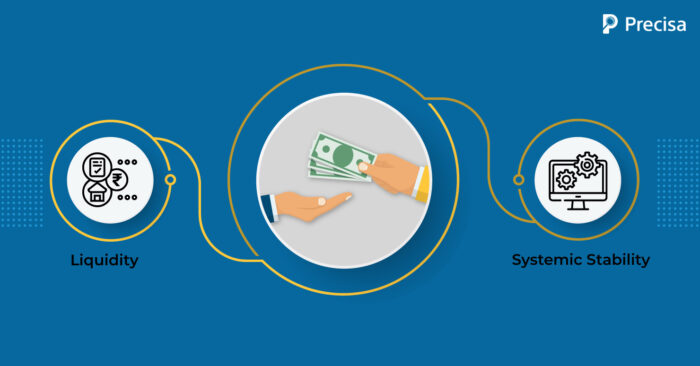 The ability of a financial institution to fund the growth of its assets and timely fulfil its financial obligations. Co-lending accepts that the banking system must be the source of any significant credit expansion on this front. 60% of the country’s liquidity reserves are within the public sector banks (PSB) system alone. To scale, new-age lenders need to access this liquidity.

Co-lending provides a framework for setting the collaboration into action, which may eventually develop into a set of standards that do away with the friction that typically exists in lender-bank partnerships.

It refers to the financial system’s capacity to reliably provide the loan intermediation and payment services required by the real economy to maintain its current development trajectory. Co-lending excels as a model when the system is stable.

It guarantees a high level of standardisation, compliance, fiduciary care, and consumer protection because it is a partnership between two regulated institutions, namely a bank and an NBFC. As a result, the underwriting of borrowers is done twice by two distinct organisations rather than just once, and the process of risk governance is mutually reinforced and has enough checks and balances.

With mandated skin-in-the-game for the originator and risk-sharing via the 80:20 method as per RBI guidelines, co-lending also serves as a superior type of market-making for the generation of debt assets.

The inherent scalability of the model is evident in the lessons learned through co-lending in previous years. Real-time digital back-end operations are essential in a world where digital credit is instantly available.

Bilateral and larger co-lending systems must be built from the bottom up as “tech first,” much like a securities exchange or online marketplace.

However, these can be highly extensible once completed, accommodating anything from a two-minute consumer checkout transaction to a 24-hour INR 5 lakh MSME loan.

Successful co-lending partnerships ultimately boil down to shared risk DNA once the technology is in place. Large datasets at the moment of application, automated credit rules, and iterative risk management models are particularly common in digital credit products. Every partnership should work to achieve alignment on these.

A consistent set of risk management principles that may serve as a foundation for managing changes in the macroenvironment as they occur is, however, much more crucial. For any lender, managing through significant changes like the impact of COVID last year may be difficult; managing through these as a partnership is even more difficult.

Overall, there are many reasons to be optimistic about co-lending as the future means of distributing credit in India. According to a recent BCG-Google analysis, the mass market digital lending opportunity is expected to reach INR 1 trillion over the next five years.

Given this landscape, liquidity is a multi-trillion-rupee problem to fix over the coming years. Co-lending tackles the largest prize of all, the enormous liquidity present in the Indian banking system and the strong institutional incentives for players to cooperate in deploying this.

Before deciding on a borrower, there is a lot of verification that has to be made. AI-powered platforms like Precisa can automate the decision-making process with real-time API.

Precisa can make your banking operations and lending decisions smoother, quicker, and more accurate. For more information, contact us at contactus@precisa.in